James “Bud” Bottoms was a native Californian who lived in Santa Barbara. His art education began at Jefferson Machamer School of Art in Santa Monica from 1947-48 and continued at the University of California-Santa Barbara (Riviera campus) from 1948-52.

Much of his sculpture is of sea mammals inspired by his life-long love of snorkeling, diving, and sailing, but he often combined them with humans to express our essential inter-relationship.  Bud's unique artistry has captured their majestic spirit in everlasting bronze, and his  admiration for the intelligence and beauty of dolphins and whales inspired his work. His fascination for and love of Earth’s creatures also led him to sculpt snails to condors, wherever he found beauty.

Bud held a deep respect for the native Chumash people of the Santa Barbara area and dedicated the Santa Barbara Dolphin Fountain to them. Embedded in the fountain base is a bronze plaque of a local cave painting with dolphins swimming in a circle. In Chumash, dolphin is "a'lul'quoy," which means to go around protect, and go in peace.​​

Bottoms first became a committed environmental activist in 1969, when Santa Barbara experienced a human-caused oil blowout which polluted the ocean and devastated the local beaches, killing sea birds and marine life. His commitment to this cause continued throughout his long life. 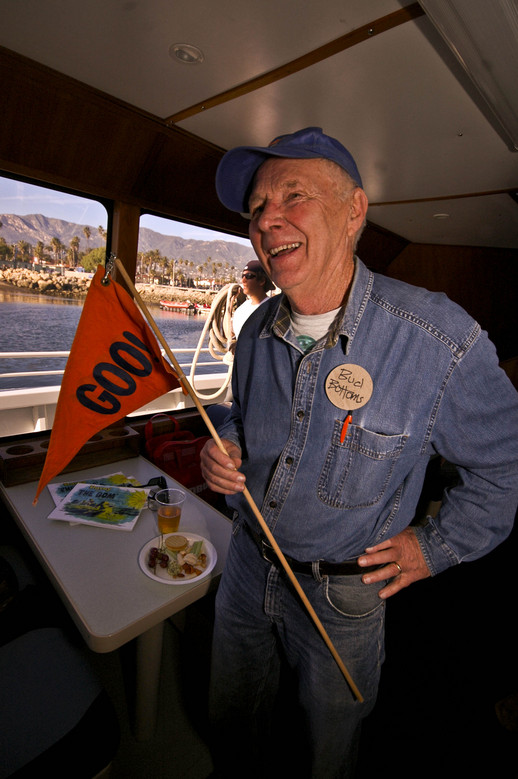 In addition to other Santa Barbara environmental protection projects, his love of marine mammals inspired him to become active with Earth Island Institute in the early ‘90s when it first established Save the Dolphins Project, which was created to protect dolphins from tuna netters.

Bud believed we must help protect and preserve the earth for its own sake and for future generations, and he won numerous awards in recognition of his art and his contributions to protecting the oceans. Paul Watson of Sea Shepard, Ric O’Barry of Earth Island Institute, the Greenpeace crew of The Rainbow Warrior, Jacques and his son Jon-Michel Cousteau, Mikhail Gorbachev of Green Cross International, and Ted Danson of American Oceans Campaign are recipients of Bottoms’ bronze dolphin sculptures.

His smaller sculptures are found in galleries in
California, Mexico, Hawaii, and Florida. 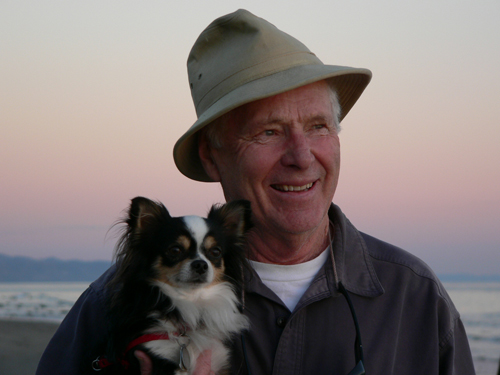 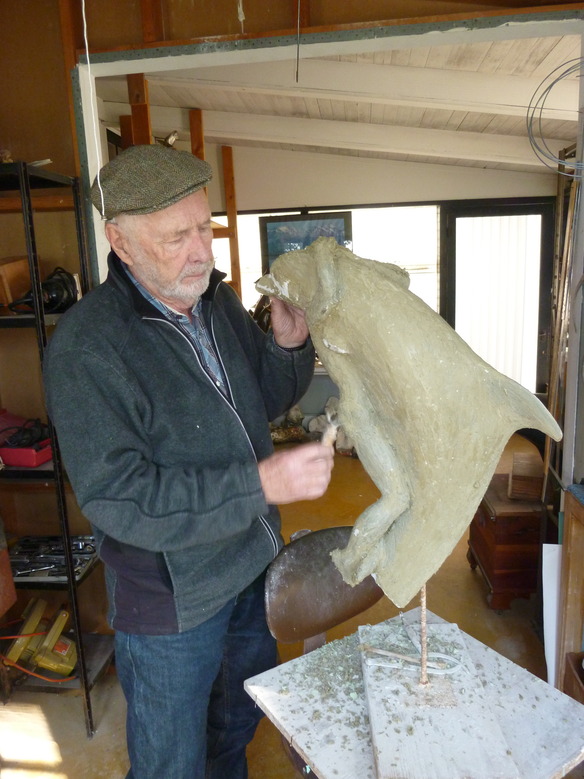